What do we really know about Quantum Physics?
8
JANUARY, 2017

The quirky world of quantum physics has ushered in new field of inquiry: What are the laws of nature that we are bound by? What insights can we gain by understating the building blocks of our universe?

To be clear, I am not a quantum physicist, or even a physicist for that matter. I have, however, done a fair amount of digging into the basic principles of quantum physics, read though some of the math, discussed the principles with physicists, looked at the research methodologies implemented and kept my pulse on new an emerging understandings in the field form time to time. With that said, I am not presenting anything here that I have discovered. Rather, I am going to present the two main branches of interpretation (one of which is not very well known). I will discuss the implications of each theory as applied to principles of spirituality. So lets jump in and have fun!

The most common interpretation of quantum mechanics is the Copenhagen interpretation. This interpretation in its essence states that particles do not have locations until observed, or, in other experimental settings, and that light itself is a particle or a wave based on what the observer looks for.

This theory was developed because with quantum mechanics we use a statistical probability functions called wave functions. They work quite well until we need to know the exact location of a particle. These equations don’t offer this level of precision. Once observed we can find it location, but the equations “collapse” at this point and we no longer know the nature of the movement and direction of said particle. Essentially we know one or the other. Einstein was never satisfied with this, nor many other physicists, but there wasn’t really a better solution. At the same time, these statistical probabilities are very useful for mechanics. They are accurate enough to functionally explore quantum mechanics.

A second theory was produced called the pilot-wave theory, or Bohmian mechanics. This theory was more or less untestable at the time when it was created so it did not catch on in the way the Copenhagen interpretation did. The pilot-wave theory states that particles have definite locations (great that problem is solved), but also states that the trajectory of any particle depends on all of the other particles interaction with the wave it is on as well. This offered an interconnectedness off all things at a scale that could theoretically span the entire universe. This was quickly dismissed as a possibility.

Here is a chart created for Quanta Magazine that discusses the differences:

There are many reasons, and several influential papers, like Surrealistic Bohm Trajectories, that made the claim that the pilot-wave theory was impossible. Many of these critiques have been rejected, and the pilot wave theory has been reinvigorated by both renewed exploration with fluid dynamics as a way of testing the basics premises of the theory.

This video talks aoubt this fundamental 2 split experiment, and showing how a particle wave interaction can create the effect that has fascinated physicists for so long. The issue derives from the experimental design failure. Studying particles experimenters have 2 options. They can see one electron, or one photon, pass though at at time. When they do this they also record that there is a steady 2 lines on the output. When they send lots of photons, however, they can no longer watch each photon, instead they just see the overall patter created. What they see is a wave. This has been interpreted to be that it is either a particle or a wave based on what you (the observer) ask. This is slightly disingenuous, however, because when you use different research methods, even if ever so slightly, you can no longer compare the results as if it was one test. The video above, and the theory itself, explains how photons don’t need to change into waves based on what experiment you run, but rather their trajectories simply adjust based on the other photons, or particles, present.

The spiritual community was quick to attach to the Copenhagen interpretation. Famed thinkers loved the idea that you create your own reality. This was combined with ideas of manifestation, abundance mentalities, the so called “law of attraction,” etc. The problem here is that the you are not really picking if something is a wave or a particle. You are simply looking at it with two different experiments and without precision. Statistics and probabilities are great for mechanics, if they are close enough, but don’t do a good job at defining theory. They are incomplete and limited based on the limitations of the experimental designs and our current ability to test on such a small scale.

The pilot wave theory proposes a different, more concrete, version of the tale. Here particles are not changing back and forth based on the viewer intention; rather, they are interacting with a waveform that brings an interconnectedness to all things. Now there is still some math to be done to prove if this theory is the right theory; nonetheless, I’d say if anything it is much closer to the true nature of things if not accurate in it of itself. Here we can still have an effect on the world, but it comes though using our choices to influence interaction points and direction of energy, taking into account history, and the interaction points of others.

The implications of this new understanding of quantum mechanics are quite extraordinary. Essentially they support a very old understanding of energy. They say that there is an underlying vibration that subtlety effects the the trajectory of particles. This has huge implications for the concept of sacred sites. If a certain vibration is created and held in an area, then all particles (by which we are made up of many) would be effected when entering the space. It also explains the idea of smudging, clearing the energy. Even if the objects that brought negative energy in have gone, that there may still be floating remnants of the energy effecting the vibration of the space. Furthermore, it explains the interdependence of all things, all connected, while at the same time being independent. We can all be swimming in a pool independently, say, but that doesn’t mean we won’t be effected by the waves created by each other. This is a much more elegant union between science and spirituality (which for much of history were not separated), than to say quantum physics says you can get that new car if you believe the car should be yours. Quite the opposit. It says that we are effected by the energies before us, others in our interaction field, and with work our changes now can be felt into the future by leaving our own mark.

There is a lot more to discover here. I encourage anyone interested to explore all of the fascinating improvements on these theories. 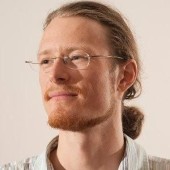 Ending Suffering; Sadness, jealousy & all those other pesky emotions

Why I am a feminist.